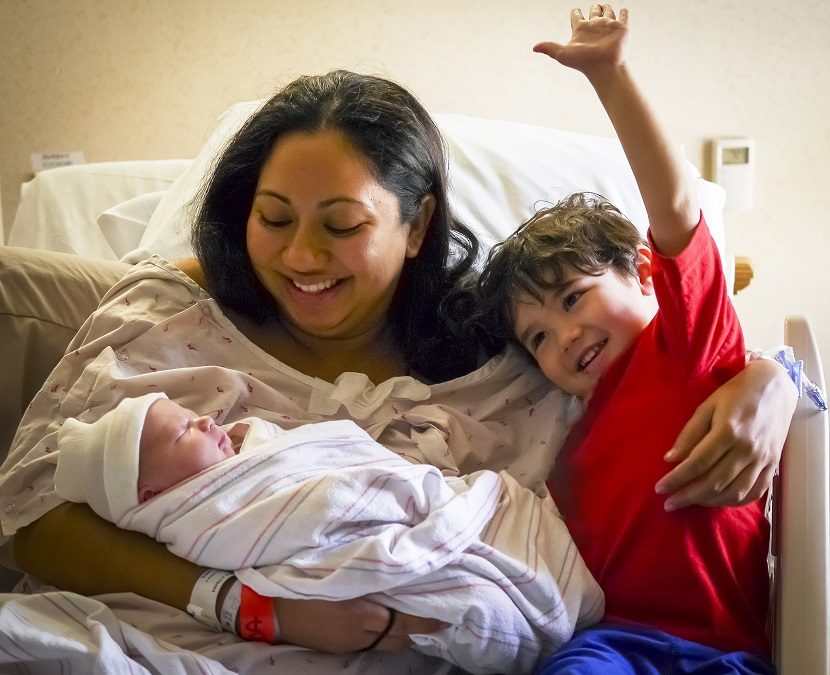 Ruby Baca is one of the fortunate women who has been served by the Poudre Valley Prenatal (PVP) program at UCHealth Family Medicine Center (FMC) – Fort Collins. The program provides complete pre- and post-pregnancy care for low-income women in northern Larimer County.

In its 30-year history, the prenatal care program has welcomed more than 8,000 babies, including Ruby Baca’s Alena, born in 1996. At a time when Ruby struggled to make ends meet, Alena got a good start thanks to PVP.

But such security wasn’t always there for this vulnerable population.

In the late 1980s, access to obstetric care in northern Colorado became such a grave concern that the League of Women Voters hosted a community forum entitled “Who will deliver our babies?” Hundreds of Larimer County residents packed the Lincoln Center.

At the time, the Family Medicine Center (FMC) Residency Program in Fort Collins was a “split” program. They accepted four primary care residents each year, but residents spent their first year in Denver then worked at FMC to complete their second and third years. They routinely took Medicaid prenatal patients but when its patient volume became too large that it encroached on the residents’ overall experience, FMC had to limit the number of prenatal patients seen.

The only other physicians in Fort Collins routinely taking Medicaid OB patients were Dr. Larry Kieft and his partner, Dr. David Cloyd, according to Kieft. Simultaneously, the “malpractice crisis” was having a drastic effect on the number of physicians willing to provide obstetric care at all.

“There was a time in the 1980s that a woman could not deliver her baby in (nearby) Cheyenne,” said Dr. Austin Bailey, who at that time was assistant director of the Family Medicine Center (FMC) Residency Program in Fort Collins.

“As a result, an overwhelming number of women were presenting in the emergency room (of Poudre Valley Hospital) in labor, without having any prenatal care,” Bailey said. “It became intolerable for the community.”

“We were asking, ‘How are we going to deal with this?’” Bailey said. “One way was to expand the capacity of the residency — what if we could do all three years? So, that’s what we did, and from that came PVP, staffed primarily by residents. . . . So that meant all women could be seen.”

FMC teamed up with the health department, who would initiate the prenatal care, and FMC would provide the follow-up care.

But it was a lot more complicated than that, Bailey said.

Funds to sustain an essential program

Once PVP was blueprinted, Poudre Valley Hospital administration stepped forward with $750,000 to fund it for three years, according to Kieft. But rather than hiring one physician for the program, PVP teamed up with Kieft and Cloyd to help them add a third physician, Dr. Mark Hoffmann, to their practice, securing a stable partner for FMC’s residency program and the newly created prenatal care program. The money also was used to secure an additional pediatric physician for what is now the Youth Clinic, creating one more provider for the prenatal care program and securing care for the babies after they were born.

Ruby Baca’s daughter Alena is now in her 20s, having graduated from Poudre High School in 2014. For Baca and her family, the healthy start Alena had at PVP made all the difference to their lives—just as it has in the lives of the thousands of other babies welcomed by the PVP over the last three decades.

“That program got me from point A to point B at a time in my life when I needed the help,” Baca said. “It was such a relief to know that that part of my life would be taken care of.”

► Read more about the holistic, complex care the PVP provides.

► Interested in donating to the PVP? Click here to donate online. Select Other as your designation and type in “Poudre Valley Prenatal Endowment.” Ruby Baca stands beside her daughter, Alena, after her graduation from Poudre High School in 2014. Photo courtesy of Ruby Baca.